Welcome to the Art/Music Library

Welcome to the Art/Music Library. Please ask us for help! Our librarians and student workers at the desk can help you find resources and information.

After 1492, Europeans and other peoples around the globe began to discover each other in new ways, and music played a vital role in their encounters. This course equips students to develop a global perspective on music in the early modern era. Through case studies in Latin America, New England, China, and Africa, students will gain insight into the ways people use music as an agent of political and religious power in processes of cultural exchange and conflict. The course examines how missionaries and colonial leaders mixed musical cultures to build new social structures; and how colonial subjects responded creatively, in collaboration or resistance, to shape hybrid identities. We will study musical practices from both sides of the encounters, including Chinese and Native American musics and exported European practices like religious choral music and popular dances.  Meets in the Robbins Library or hands-on engagement with rare books and manuscripts. No prior musical knowledge is required. 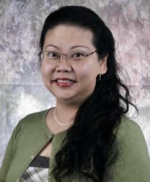 Kathy Wu
Email Me
Contact:
585-273-5322
I am available for one-on-one virtual consultation through Zoom.

Writing and Citing Help at UR

Use the Catalog Search in DiscoverUR to search specifically for books or journal titles or other materials available at the University of Rochester Library. Use the full Articles, Books & More for searching for article authors and titles.

Finding a book in the Stacks in Rush Rhees