Resources for Film and Media Research 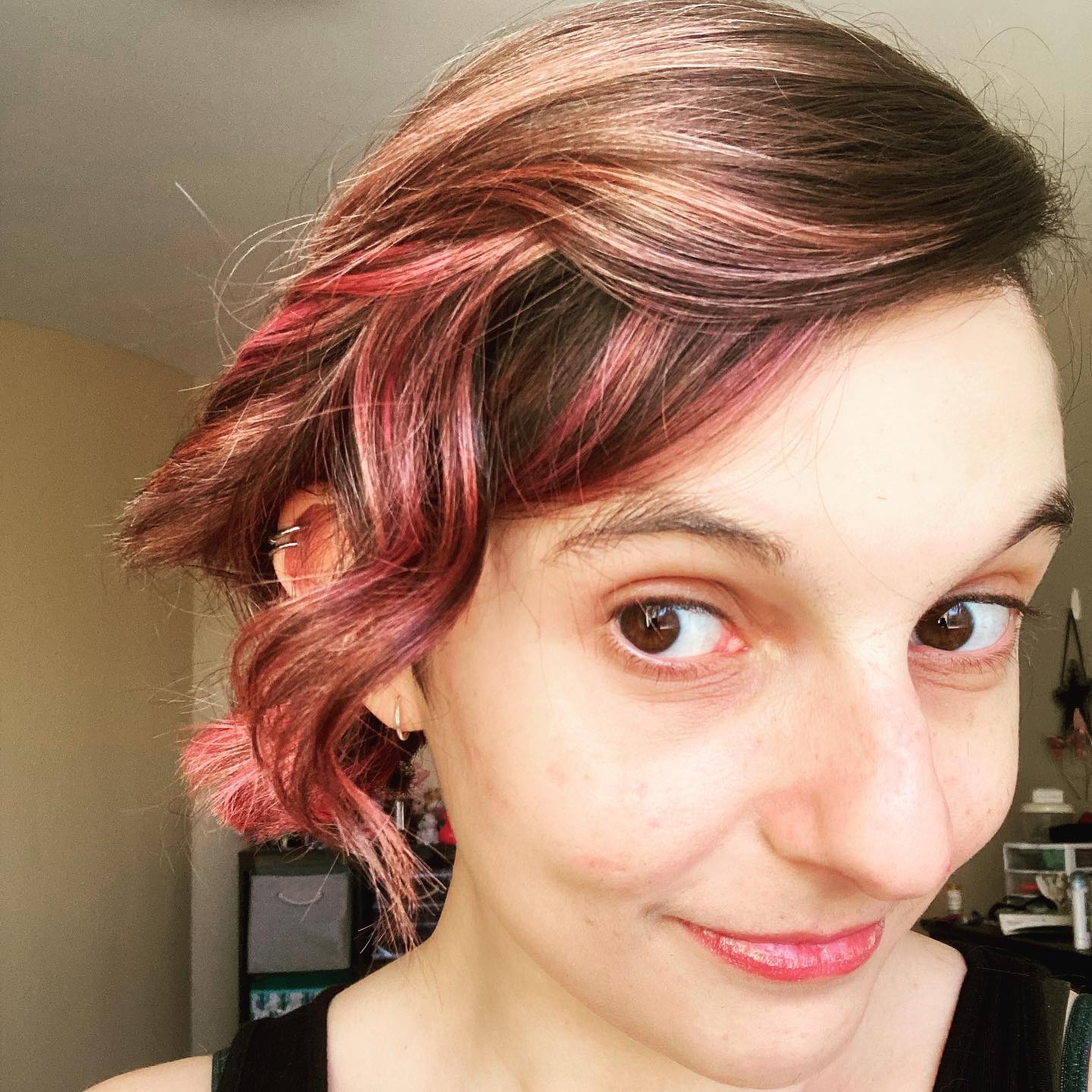 List of all Film & Media Studies Databases at UR

River Campus Libraries provides access to over one million e-books covering a large variety of disciplines and publishers. Because our e-books are available through different databases and websites, the easiest way to find an e-book in UR’s collection is to start on the library's homepage and choose "Library Catalog Only" from the dropdown box.

To narrow your search to e-books, choose the Available online, Books, and Book chapters filters from the options on the left-hand side of your results (Show Me)...or use the search box below.

How to Limit Your a Catalog Search to E-books 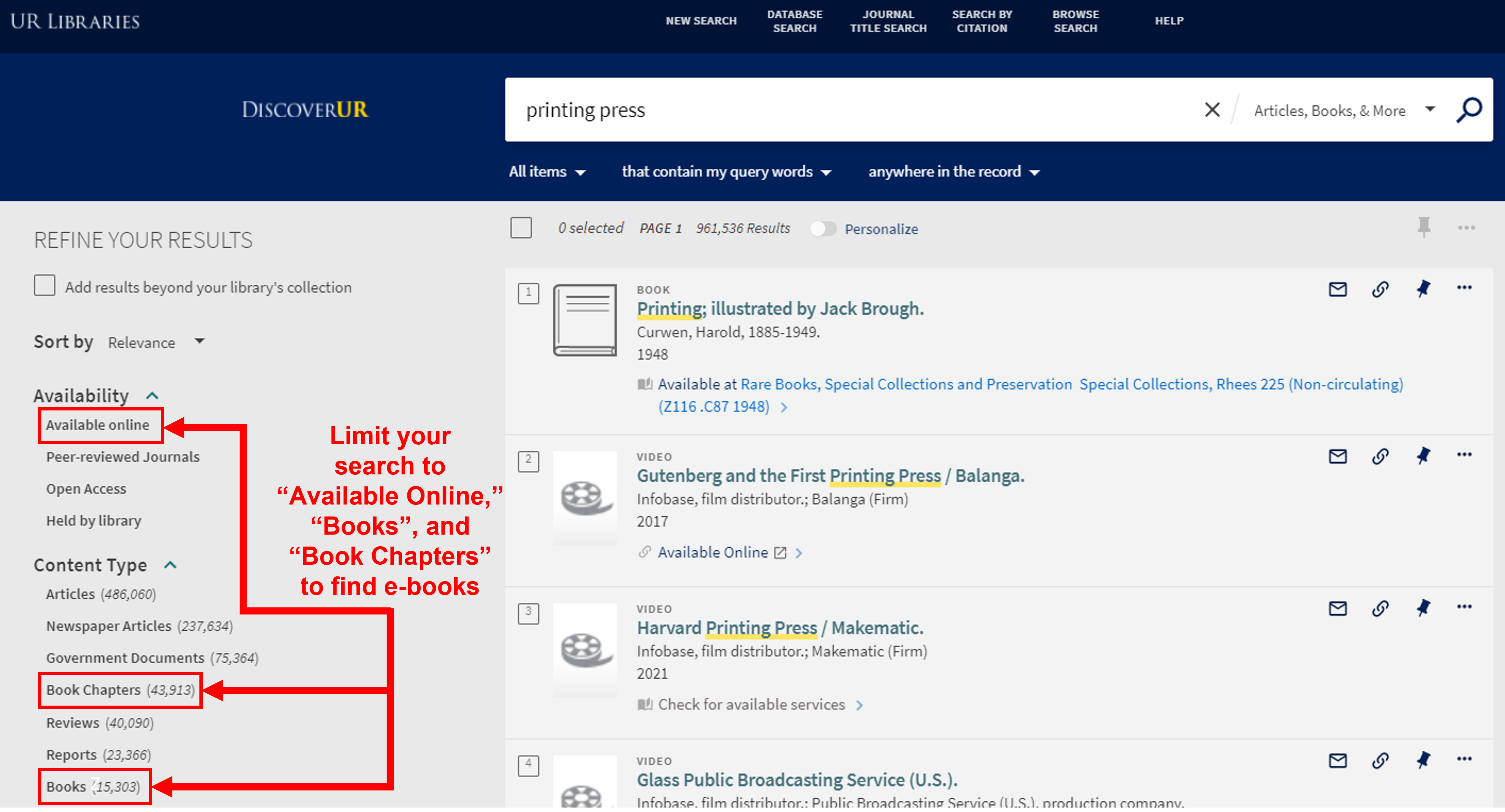 The library also has several collections of e-books that are worth searching in for your topic. While books in these collections are pulled into all of our catalog searches, relevant titles can sometimes get buried within thousands of results. Try searching these databases directly for e-books on your topic: