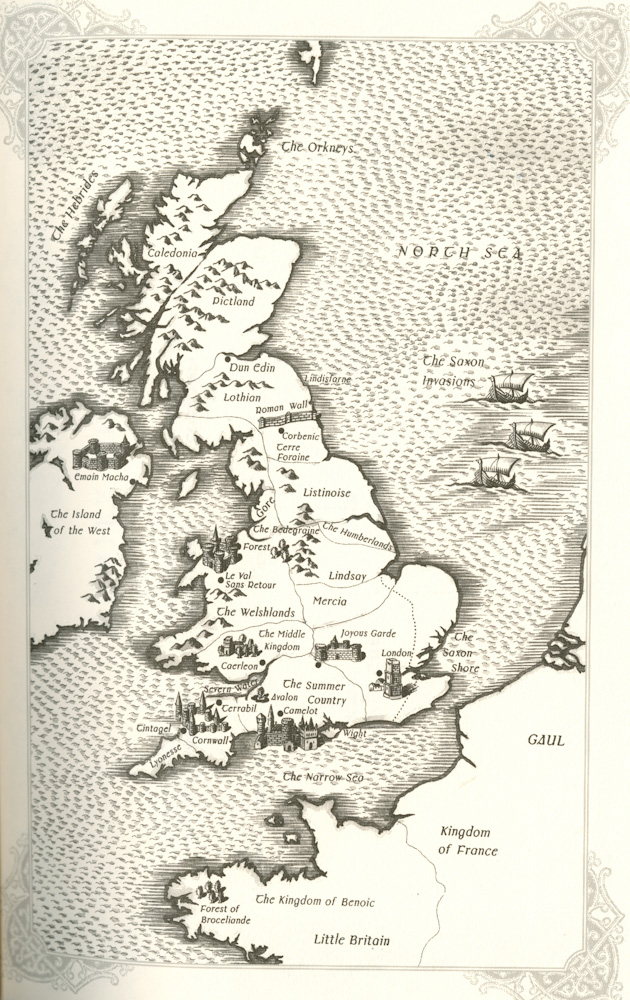 The Herpich Collection is a collection of Arthurian and Camelot-related materials given to the Rossell Hope Robbins Library by David Herpich in 2018. Mr. Herpich began his collecting as a teenager. The collection contains all manner of materials from comics to historical retellings, children’s books to romance novels, and figurines to board games. When I began to go through the collection, I realized that there were several wider categories that these items fell into, and I wanted to highlight each of these categories with a representative work. The general categories I found were: children’s books, YA novels, general audience novels, other media, historical interpretations, and, of course, copies of Sir Thomas Malory’s 15th-century Morte d’Arthur. These larger groupings can be broken down further, as each category contains a plethora of materials.

The children’s books represent a simplified retelling of the story of the sword in the stone, and showcase how other types of characters can be added into the medieval stories. The Young Adult books create an interpreted backstory for Merlin, a retelling of Arthur’s tale that shows he might not have been what the legends tell, and a way in which the legends have impacted society through to the modern day in a way that treats them as real history. The general audience books show how the legends can be adapted into a murder mystery or a romance, conveying the characters from the legends in a bad light by telling the story from another’s perspective, and reimagining Guinevere as having magical powers. The other media shows how the story can be retold through a tv series and through a comic, and also how comics can throw in other literary characters into the mix. The historical interpretations detail categories from how the legends have impacted the land around it and how there are many different ways the legends can be interpreted through the ages. Furthermore, the historical interpretations give ways the stories can be retold to either make them better understood or to teach moral lessons.

This Collection Highlight was curated and created by Ayiana Crabtree (UR Class of 2022).