A two-day interdisciplinary research symposium at the University of Rochester, sponsored by the Humanities Center, to examine what guns mean and how guns matter in the contemporary United States. 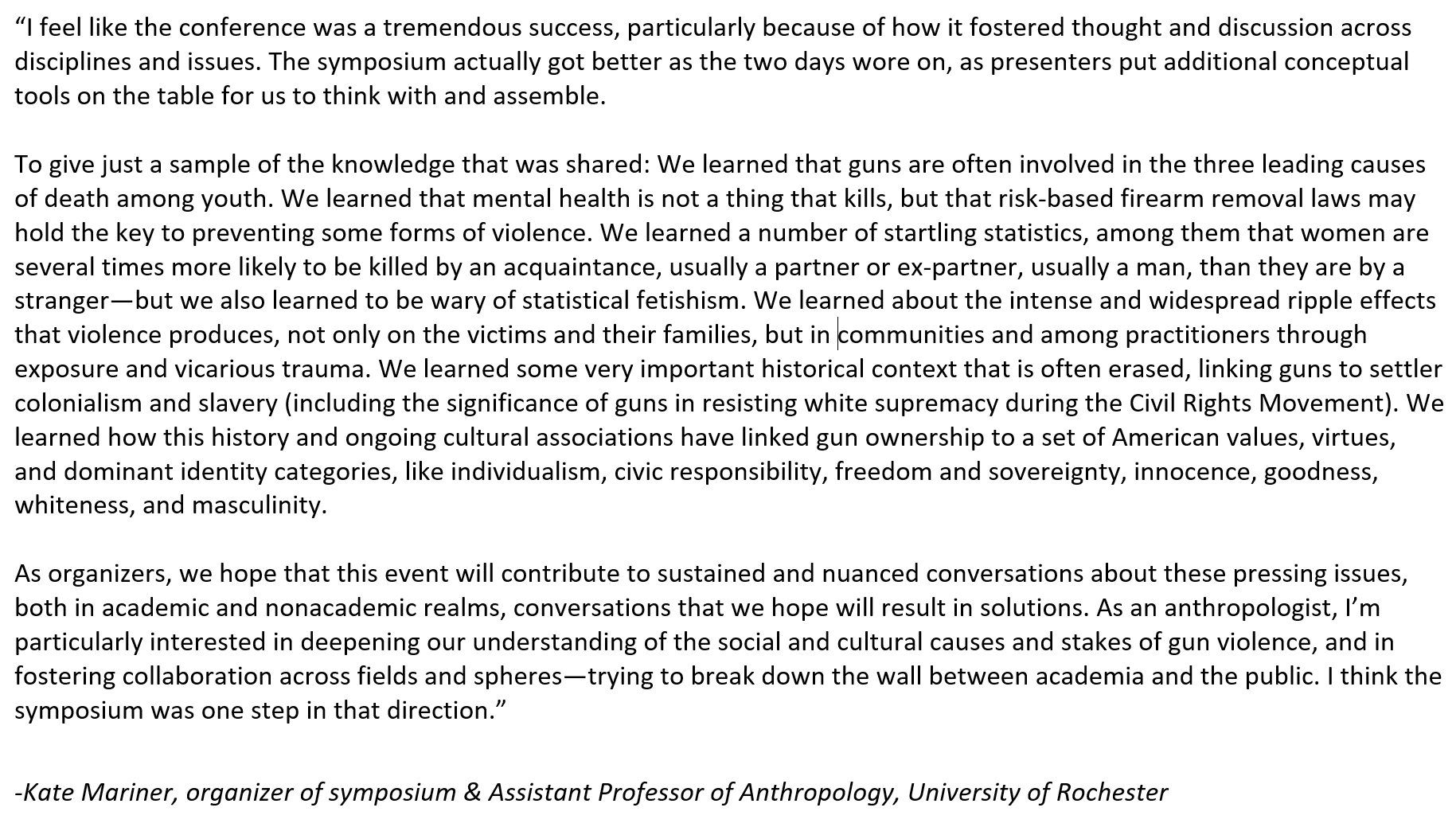 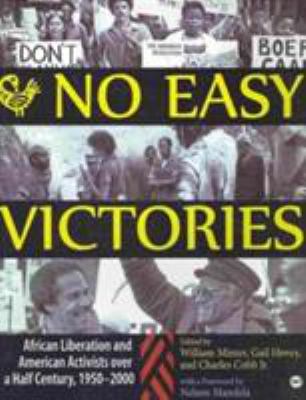 African news making headlines today is dominated by disaster: wars, famine, HIV. Those who respond - from stars to ordinary citizens - are learning that real solutions require more than charity. This book provides a comprehensive, panoramic view of US activism in Africa from 1950 to 2000, activism grounded in a common struggle for justice. It portrays organisations, activists and networks that contributed to African liberation and, in turn, shows how African struggles informed US activism, including the civil rights and black power movements. Bob Moses's work to organize black voters in Mississippi famously transformed the political power of entire communities. Nearly forty years later, Moses is organizing again, this time as teacher and founder of the national math literacy program called the Algebra Project. Moses argues for a crisis in math literacy in poor communities as urgent as the crisis of political access in Mississippi in 1961. Through personal narrative and impassioned argument, he shows the lessons of the civil rights movement at work in a remarkable educational movement today. 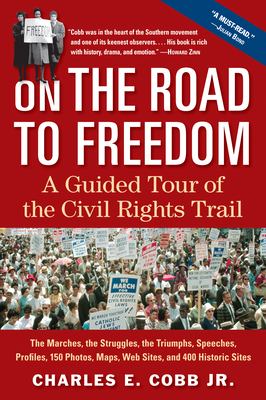 On the Road to Freedom by Charles E. Cobb Jr.

This in-depth look at the civil rights movement goes to the places where pioneers of the movement marched, sat-in at lunch counters, gathered in churches; where they spoke, taught, and organized; where they were arrested, where they lost their lives, and where they triumphed. Award-winning journalist Charles E. Cobb Jr., a former organizer and field secretary for SNCC (Student Nonviolent Coordinating Committee), knows the journey intimately. He guides us through Washington, D.C., Maryland, Virginia, North Carolina, South Carolina, Georgia, Alabama, Mississippi, and Tennessee, back to the real grassroots of the movement. He pays tribute not only to the men and women etched into our national memory but to local people whose seemingly small contributions made an impact. We go inside the organizations that framed the movement, travel on the "Freedom Rides" of 1961, and hear first-person accounts about the events that inspired Brown vs. Board of Education. An essential piece of American history, this is also a useful travel guide with maps, photographs, and sidebars of background history, newspaper coverage, and firsthand interviews. 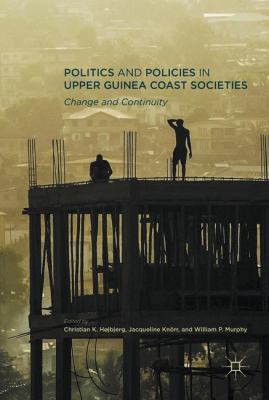 This book examines the radical changes in social and political landscape of the Upper Guinea Coast region over the past 30 years as a result of civil wars, post-war interventions by international, humanitarian agencies and peacekeeping missions, as well as a regional public health crisis (Ebola epidemic). The emphasis on 'crises' in this book draws attention to the intense socio-transformations in the region over the last three decades. Contemporary crises and changes in the region provoke a challenge to accepted ways of understanding and imagining socio-political life in the region - whether at the level of subnational and national communities, or international and regional structures of interest, such as refugees, weapon trafficking, cross-border military incursions, regional security, and transnational epidemics. This book explores and transcends the central explanatory tropes that have oriented research on the region and re-evaluates them in the light of the contemporary structural dynamics of crises, changes and continuities. 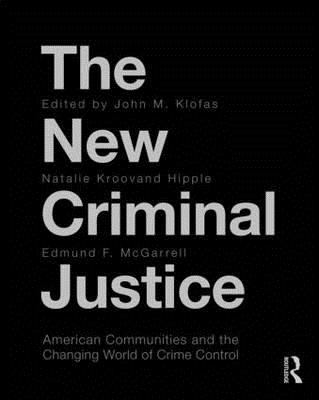 Criminal Justice in the United States is in the midst of momentous changes: an era of low crime rates not seen since the 1960s, and a variety of budget crunches also exerting profound impacts on the system. This is the first book available to chronicle these changes and suggest a new, emerging model to the Criminal Justice system, emphasizing: collaboration across agencies previously viewed as relatively autonomous a focus on location problems and local solutions rather than a widely shared understanding of crime or broad application of similar interventions a deep commitment to research which guides problem assessment and policy formulation and intervention. Ideal for use in graduate, as well as undergraduate capstone courses. 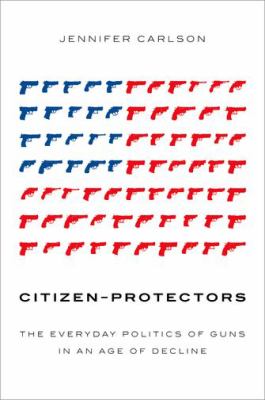 Citizen-Protectors: the everyday politics of guns in an age of decline by Jennifer Carlson

From gang- and drug-related shootings to mass shootings in schools, shopping centers, and movie theatres, reports of gun crimes fill the headlines of newspapers and nightly news programs. At the same time, a different kind of headline has captured public attention: a steady surge in pro-gunsentiment among Americans. A Gallup poll conducted just a month after the Newtown school shootings found that 74% of Americans oppose a ban on hand-guns, and at least 11 million people now have licenses to carry concealed weapons as part of their everyday lives. Why do so many Americans not only ownguns but also carry them?In Citizen-Protectors, Jennifer Carlson offers a compelling portrait of gun carriers, shedding light on Americans' complex relationship with guns. Delving headlong into the world of gun carriers, Carlson spent time participating in firearms training classes, attending pro-gun events, and carrying afirearm herself. Through these experiences she explores the role guns play in the lives of Americans who carry them and shows how, against a backdrop of economic insecurity and social instability, gun carrying becomes a means of being a good citizen, an idea that not only pervades the NRA's publicliterature and statements, but its training courses as well. A much-needed counterpoint to the rhetorical battles over gun control, Citizen-Protectors is a captivating and revealing look at gun culture in America, and is a must-read for anyone with a stake in this heated debate. 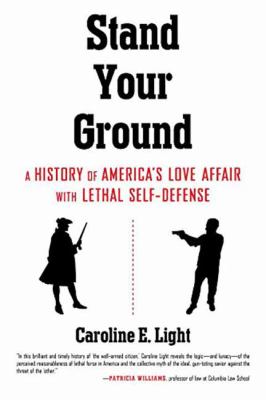 Stand Your Ground: a history of America's love affair with lethal self-defense by Caroline E. Light.

A history of America's Stand Your Ground gun laws, from Reconstruction to Trayvon Martin After a young, white gunman killed twenty-six people at Sandy Hook Elementary School in Newtown, Connecticut, in December 2012, conservative legislators lamented that the tragedy could have been avoided if the schoolteachers had been armed and the classrooms equipped with guns. Similar claims were repeated in the aftermath of other recent shootings--after nine were killed in a church in Charleston, South Carolina, and in the aftermath of the massacre in the Pulse nightclub in Orlando, Florida. Despite inevitable questions about gun control, there is a sharp increase in firearm sales in the wake of every mass shooting. Yet, this kind of DIY-security activism predates the contemporary gun rights movement--and even the stand-your-ground self-defense laws adopted in thirty-three states, or the thirteen million civilians currently licensed to carry concealed firearms. As scholar Caroline Light proves, support for "good guys with guns" relies on the entrenched belief that certain "bad guys with guns" threaten us all. Stand Your Ground explores the development of the American right to self-defense and reveals how the original "duty to retreat" from threat was transformed into a selective right to kill. In her rigorous genealogy, Light traces white America's attachment to racialized, lethal self-defense by unearthing its complex legal and social histories--from the original "castle laws" of the 1600s, which gave white men the right to protect their homes, to the brutal lynching of "criminal" Black bodies during the Jim Crow era and the radicalization of the NRA as it transitioned from a sporting organization to one of our country's most powerful lobbying forces. In this convincing treatise on the United States' unprecedented ascension as the world's foremost stand-your-ground nation, Light exposes a history hidden in plain sight, showing how violent self-defense has been legalized for the most privileged and used as a weapon against the most vulnerable. 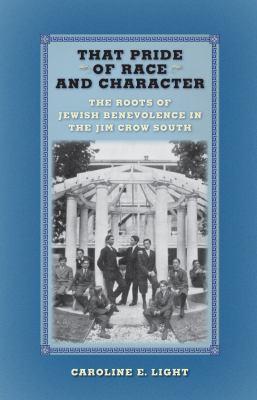 That Pride of Race and Character by Caroline Light

"Ithas ever been the boast of the Jewish people, that they support their own poor,"declared Kentucky attorney Benjamin Franklin Jonas in 1856. "Their reasons arepartly founded in religious necessity, and partly in that pride of race andcharacter which has supported them through so many ages of trial andvicissitude." In That Pride of Race andCharacter, Caroline E. Light examines the American Jewish tradition ofbenevolence and charity and explores its southern roots. Light provides a critical analysis ofbenevolence as it was inflected by regional ideals of race and gender, showinghow a southern Jewish benevolent empire emerged in response to the combinedpressures of post-Civil War devastation and the simultaneous influx of easternEuropean immigration. In an effort to combat the voices of anti-Semitism andnativism, established Jewish leaders developed a sophisticated and cutting-edgenetwork of charities in the South to ensure that Jews took care of thoseconsidered "their own" while also proving themselves to be exemplary whitecitizens. Drawing from confidential case files and institutional records fromvarious southern Jewish charities, the book relates how southern Jewish leadersand their immigrant clients negotiated the complexities of "fitting in" in aplace and time of significant socio-political turbulence. Ultimately, thesouthern Jewish call to benevolence bore the particular imprint of the region'sracial mores and left behind a rich legacy. 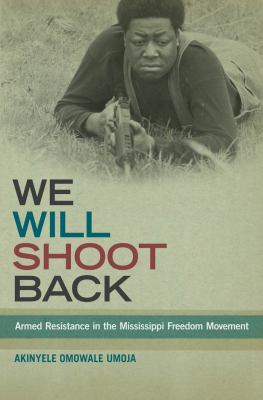 We Will Shoot Back by Akinyele Umoja

Winner of the 2014 Anna Julia Cooper-CLR James Book Award presented by the National Council of Black Studies   Winner of the 2014 PEN Oakland-Josephine Miles Award for Excellence in Literature In We Will Shoot Back: Armed Resistance in the Mississippi Freedom Movement, Akinyele Omowale Umoja argues that armed resistance was critical to the Southern freedom struggle and the dismantling of segregation and Black disenfranchisement. Intimidation and fear were central to the system of oppression in most of the Deep South. To overcome the system of segregation, Black people had to overcome fear to present a significant challenge to White domination. As the civil rights movement developed, armed self-defense and resistance became a significant means by which the descendants of enslaved Africans overturned fear and intimidation and developed different political and social relationships between Black and White Mississippians. This riveting historical narrative reconstructs the armed resistance of Black activists, their challenge of racist terrorism, and their fight for human rights. 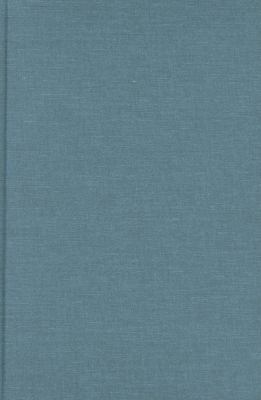 Pragmatism has been called "the chief glory of our country's intellectual tradition" by its supporters and "a dog's dinner" by its detractors. While acknowledging pragmatism's direct ties to American imperialism and expansionism, Chad Kautzer, Eduardo Mendieta, and the contributors to this volume consider the role pragmatism plays, for better or worse, in current discussions of nationalism, war, race, and community. What can pragmatism contribute to understandings of a diverse nation? How can we reconcile pragmatism's history with recent changes in the country's racial and ethnic makeup? How does pragmatism help to explain American values and institutions and fit them into new national and multinational settings? The answers to these questions reveal pragmatism's role in helping to nourish the fundamental ideas, politics, and culture of contemporary America. 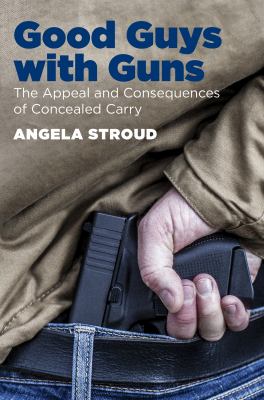 Although the rate of gun ownership in U.S. households has declined from an estimated 50 percent in 1970 to approximately 32 percent today, Americans' propensity for carrying concealed firearms has risen sharply in recent years. Today, more than 11 million Americans hold concealed handgun licenses, an increase from 4.5 million in 2007. Yet, despite increasing numbers of firearms and expanding opportunities for gun owners to carry concealed firearms in public places, we know little about the reasons for obtaining a concealed carry permit or what a publicly armed citizenry means for society. Angela Stroud draws on in-depth interviews with permit holders and on field observations at licensing courses to understand how social and cultural factors shape the practice of obtaining a permit to carry a concealed firearm. Stroud's subjects usually first insist that a gun is simply a tool for protection, but she shows how much more the license represents: possessing a concealed firearm is a practice shaped by race, class, gender, and cultural definitions that separate "good guys" from those who represent threats. Stroud's work goes beyond the existing literature on guns in American culture, most of which concentrates on the effects of the gun lobby on public policy and perception. Focusing on how respondents view the world around them, this book demonstrates that the value gun owners place on their firearms is an expression of their sense of self and how they see their social environment.